Following up on yesterday's first-look review of the Coros Apex running watch, here's some more detail on GPS accuracy and MapMyRun integration from today's run. I'll even be showing some maps, but first let's get some other stuff out of the way.

First, today's run was at a colder temperature than yesterday: 22°F. So, good news: the Apex seemed to handle it just fine. I do run in colder weather, even below zero, but it's rare enough that I'd be willing to switch to a secondary watch if I knew my primary couldn't handle it. Apex passes this test.

Also, I really want this to be my primary watch. On today's run I wore both the Apex and the Spartan. The Apex is definitely nicer to use. The screen's much more readable, and the data displays are clearer. One other thing that I didn't have a chance to see on yesterday's continuous run is that when you pause it shows a timer of how long you've been paused. That's quite nice. I'll also point out that the band is significantly more comfortable and the watch plain looks nicer.

Now for the good news and the bad news. The good news is that GPS accuracy seems much improved. Here's the result. 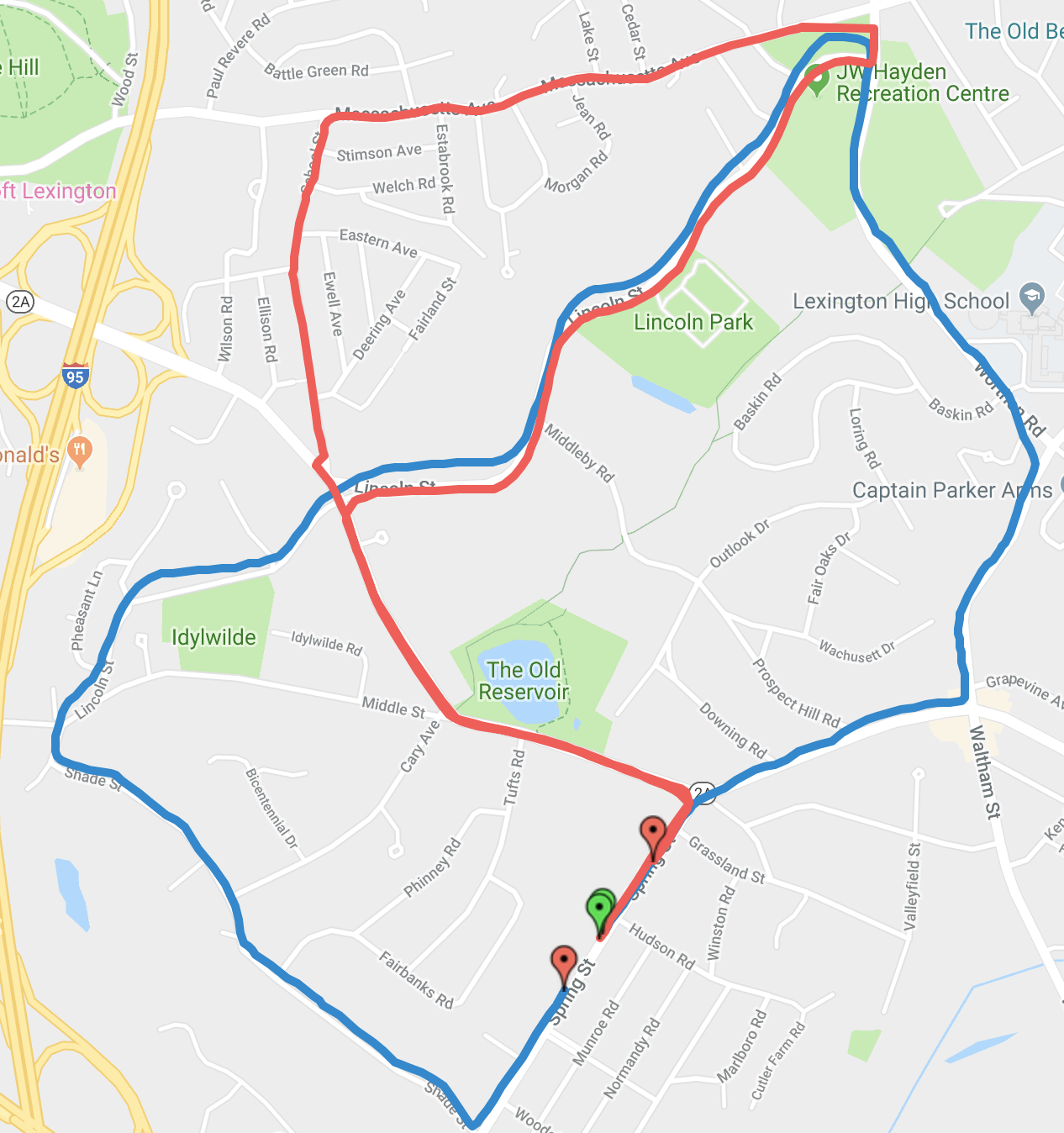 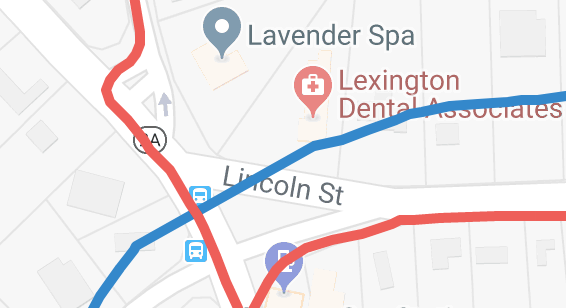 I assure you that I did not, in fact, run behind a bunch of people's houses as the blue line seems to indicate. That's also so far off that MapMyRun concluded I had not actually run the Lincoln St course. :( The orange line is much more accurate, even showing me on the right side of the street. However, it does have a tendency to cut corners. I didn't really cut through the gas-station parking lot at the bottom, for example. This is even more apparent at the course's northeast extreme.

That straight line is a giveaway that the watch wasn't recording any data. That's probably related to the fact that I was paused at that time, perhaps exacerbated by a longer sampling interval. If it's only because of the sampling interval, that's a problem because it will likely deny me credit for more runs. That's a problem I used to have with the Garmins at this same exact point, and even worse on another course further east. It's a large part of why I switched to the Spartan.

Speaking of that, how did the Spartan do on today's run? Interestingly, it showed the exact same corner-cutting at those two points. Overall the two tracks were much more similar to each other than either was to yesterday's, but there were some points where a difference became apparent. 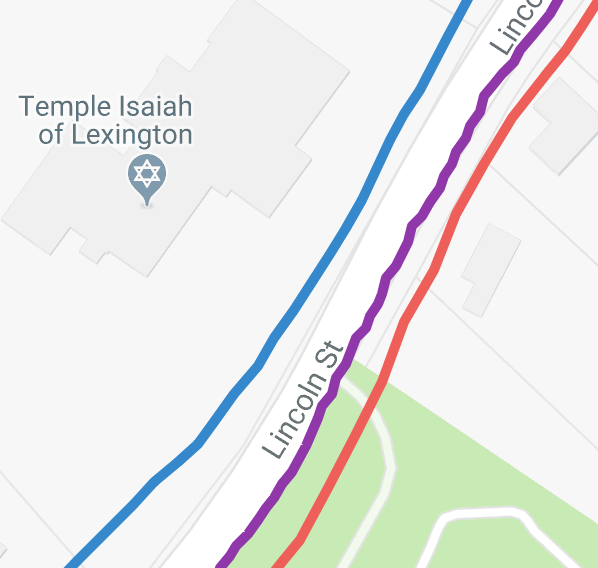 Whereas the Apex yesterday had me on the west side and on Temple Isaiah property (which is actually impossible since there's a wall there), and the Apex today had me in the Lincoln Field parking lot, the Spartan put me exactly where I really was on the sidewalk. It's not a big difference this time, but the Spartan definitely still seems to be winning on accuracy.

I had to wait until I got home before I could do the next part. First I had to sync from the watch to my phone, then from my phone to online, which is still more cumbersome than the Suunto (or Garmin) equivalent. That's when I really became disappointed. As far as I can tell, importing a Coros-generated GPX file to MapMyRun gets the GPS track and distance right, but not the time. Therefore...

Sadly, since MapMyRun is where I've been tracking runs and competing for four years, and since GPX import is currently the only way to get data there from the Apex, these glitches make the Apex totally useless to me for tracking purposes. I'm not even sure if it's Coros's fault or MapMyRun's, but either way it makes me really sad because the Apex is so nice in other ways. I'll keep trying as the firmware and software get updated, but unless/until this gets better I'll have to use the Spartan for runs even if I wear the Apex for the rest of the day.

P.S. I also found that MapMyRun has some serious glitches around deleting activities. This will not undo the earlier upload's effects on counts or distance totals for challenges or leaderboards, so your record will be permanently messed up after you do this. Fortunately the activities are removed from your personal dashboard and totals, so it's not all bad.