One of the things I planned to do after I retired last year was work on some craft ideas that have been boiling around my head for a while. The first starting point was a long-standing interest in things that glow. By "glow" I specifically mean phosphorescence, which emits over long time scales - hours, in the case of modern materials. Shorter-term (often effectively instantaneous) fluorescence is also interesting in the form of LED wire and so on, but not my immediate focus. So I've wanted to create things that glow for a while, and a few years ago I discovered that resin crafting is a really really good way to do that. In my case I'm using epoxy resin, and I'll see how far I can take that before I even consider other types because they're all smelly and dangerous. My first few projects were basic shapes - coaster, pyramid, skulls from a silicone candy mold I had lying around. (Note to self: make more glowing skulls for Halloween.) Then I started getting ideas. "Uh oh," says anyone who knows me. Specifically, my ideas led me to this. 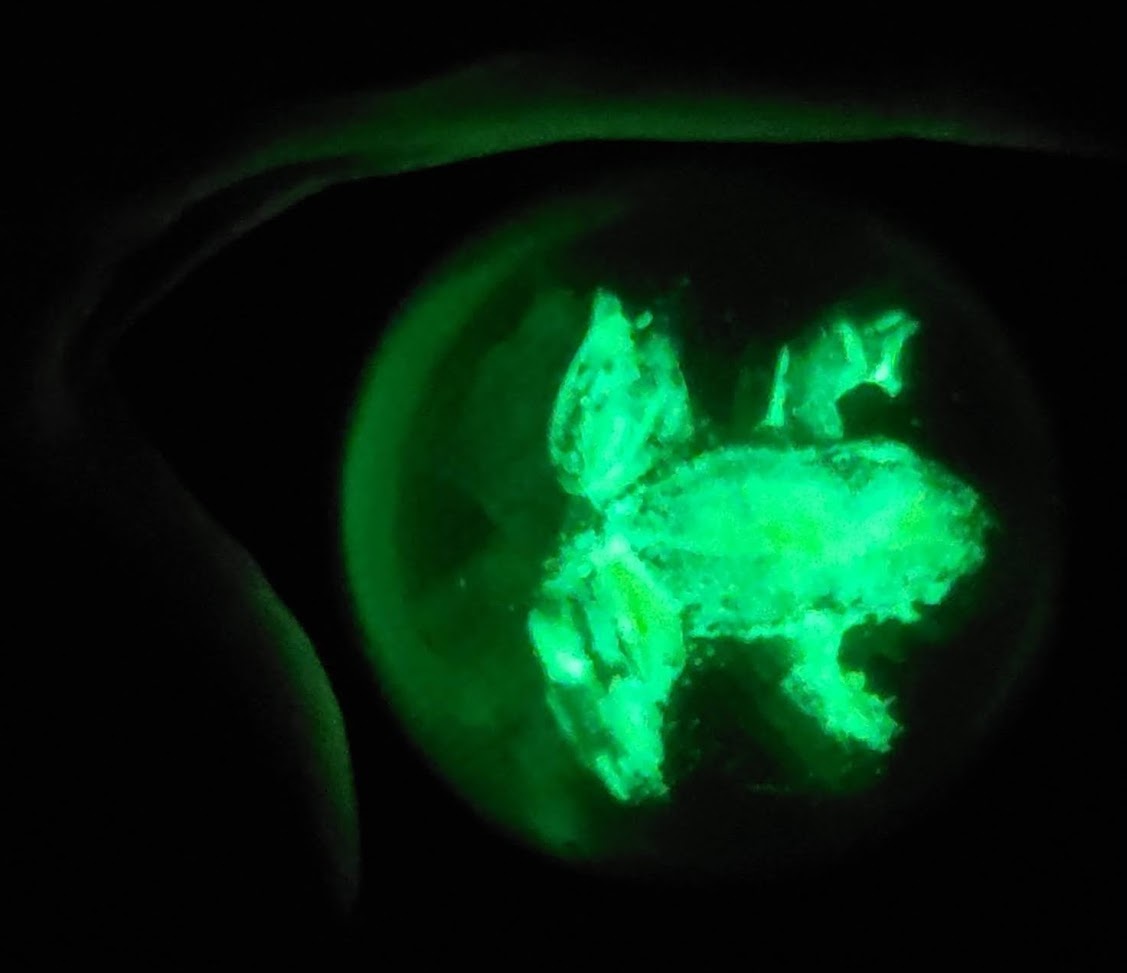 Say hello to Ghost Frog. One item on a long list of things I need to learn is how to take better photographs of things that glow in the dark, because my phone's auto settings do a poor job with light levels and even with focus. However, the point should be clear - it's a frog, and it glows (brightly enough to illuminate my hand next to it), and it's embedded in a clear dome. Here's the same thing in normal light, again using my hand for scale. 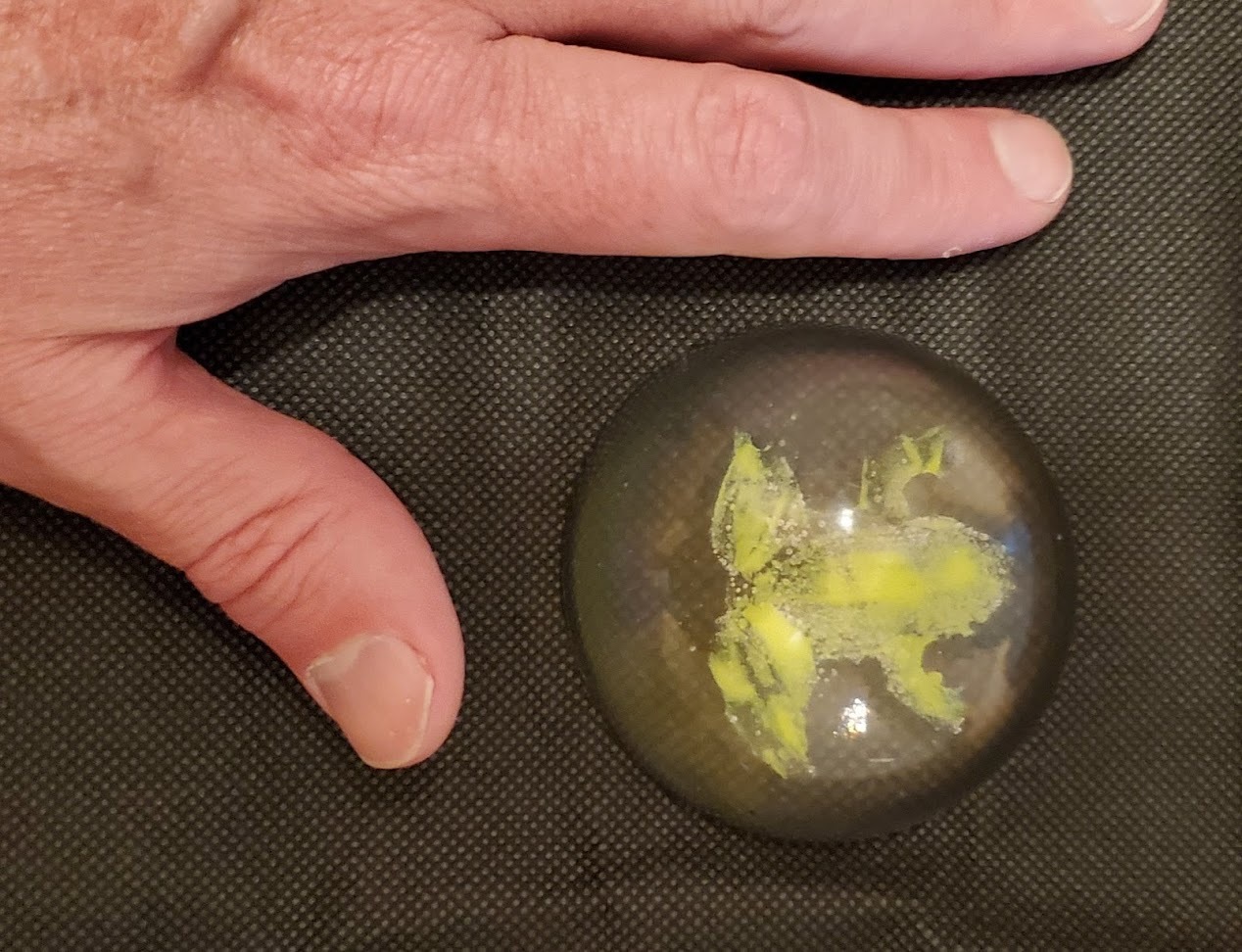 Note that the color is quite different. This is not a camera artifact. All of the glow powders I'm using are at least a bit different in light vs. dark. Some of them are quite intentionally formulated to be almost white in daylight, then glow aqua or purple or whatever. That's one of the things I like about this stuff.

The result was actually better than I'd hoped for a first run, though it still offers plenty of room for improvement. My eventual goal is to have something that just barely shows up in daylight (using the epoxy itself instead of something else as the powder adhesive is part of this) but is then distinguishable when it glows. BTW it won't always be frogs either. One part of my long-term plans is to switch to 3D printing instead of mold-making and create versions with interesting mathematical objects. (Downside: even with clear MSLA resin the objects won't have the same index of refraction as the epoxy so they'll be more visible.)

As I said, there are plenty of avenues for improvement. Here's a list, partly for my own reference and partly for anyone else who might have more experience and feel inclined to offer suggestions.

That's a lot to work on, but that's a good thing for someone with a lot of time on their hands. Meanwhile, I already bought an LED base for it and I've set it up as a bedside light until v2.0 comes along.