By now, most people reading this are probably aware of the idea that being an introvert is not necessarily about disliking social interaction so much as the effect of such interaction on energy levels. The common analogy is to batteries. Introverts might enjoy social contact, but need to "recharge their batteries" with some alone time. Extroverts, by contrast, feel drained when they're alone and re-energize by interacting. I've helped push this narrative myself, and often add an extra analogy. Social interaction for me is like a good run: I might enjoy it, but it will still leave me tired. Substitute your own favorite challenging activity as appropriate.

I don't think the traditional definition of introvert vs. extrovert is entirely wrong though. Some people do enjoy or tend toward social interaction more than others. It's more of a two-axis thing, with a definite correlation but plenty of exceptions. Quick pic: 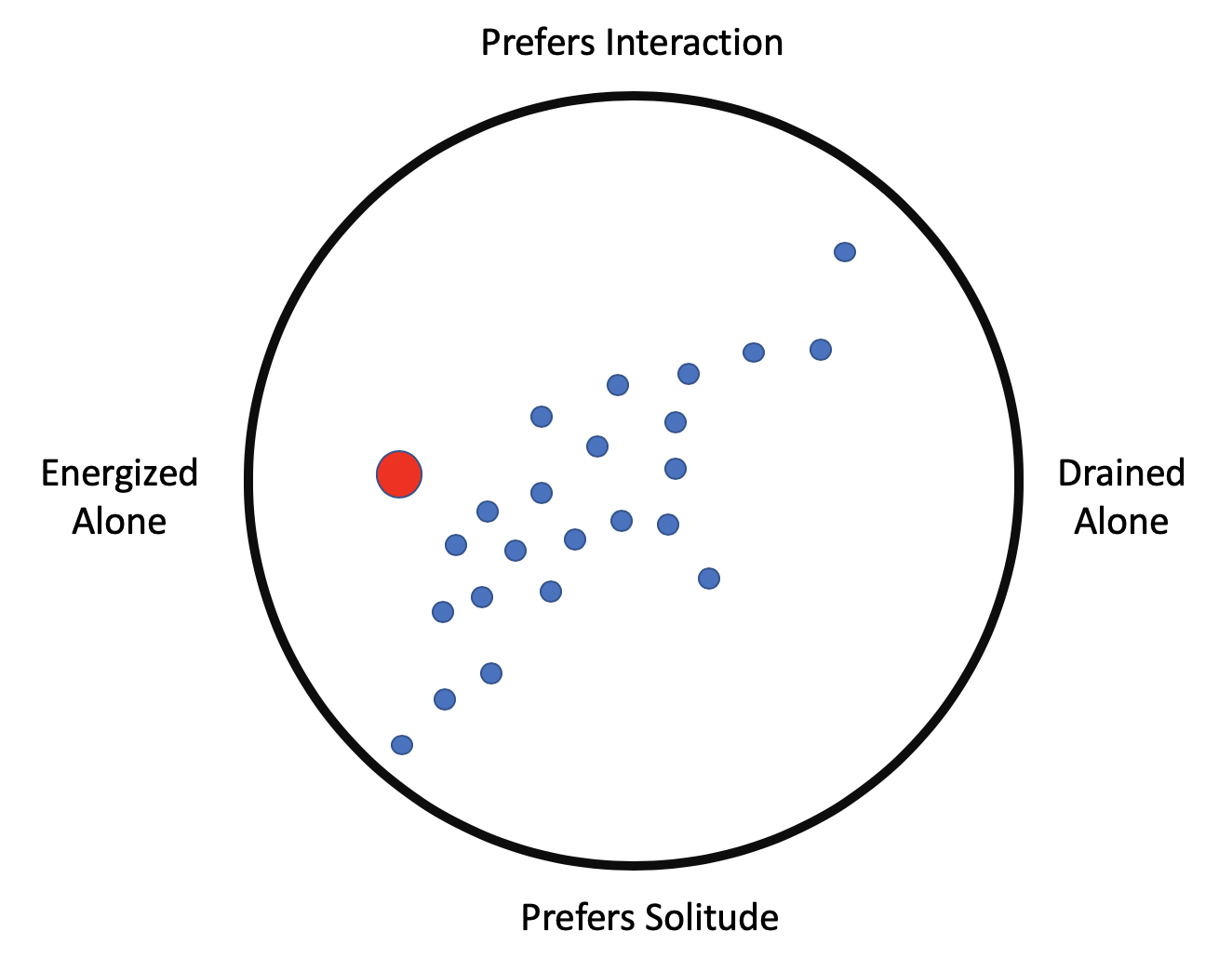 The bigger red dot is me, by the way. I need and value my alone time more even than most introverts, but I'm pretty neutral with respect to whether I enjoy being with other people. But even that's not really the thought I'm trying to get out of my head, which is this: where we stand is very contextual. Among fellow introverts, I'll become more of an extrovert myself. I don't just mean that I might start as one of the more extroverted people in the group; I'll actually pull away even further along the vertical axis. Likewise, among extroverts I'll become even more withdrawn than usual. In fact I'll probably try to get away. There's also another difference based on whether the group consists of people I know (more social) or people I don't (less so). There are definitely people who would rather meet new people, though I actually have trouble wrapping my mind around that.

There's no great insight here, I know. Just trying to reinforce the idea that introversion vs. extroversion isn't binary, it's not even a point on a line, it's really even more than two-dimensional as I've drawn above, and no matter how many dimensions there are none of us stay forever at one point.